BugHerd is a SaaS application that makes it easy for web designers and developers to collaborate visually when creating websites and web applications.

With the click of a button users can ‘add a bug’ to any part of a website. This allows collaborators to see where issues are right on top of the website, in seconds.

Here’s an example of the BugHerd widget on a website:

and here’s an example of how you track a bug: Founded in 2011, BugHerd has grown rapidly over the last two years. Matt and Alan have enabled this growth by being super data-driven.

How BugHerd lifted activation rates a further 35% with email remarketing

Initially BugHerd required new customers to install Javascript code on their websites before they could get started with the product. As this is a relatively arduous step they have spent a lot of time optimizing their funnel to improve their activation rates.

When they began, activation rates were as low as 30% but with some savvy re-engineering BugHerd lifted this figure to a stellar 61% by introducing a basic bug tracker that customers could use before installing any Javascript. 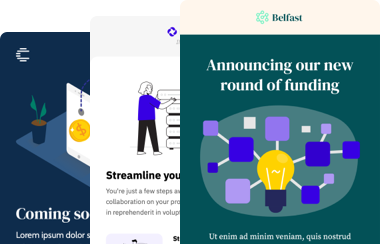 Although impressive, Matt and Alan weren’t happy to sit pretty at 61% and knew there was more they could do to increase this number.

No strangers to the concept of lifecycle email marketing, BugHerd had been sending a series of emails to their customers based on their actions from day one.

They had done this using an in-house tool. This allowed them to send emails before or after a customer’s trial was due to expire along with some basic targeting based on some customer attributes.

When they started investigating how they could improve their lifecycle emails and how they were going to approach the process in a data-driven manner they ran into two key problems:

With these challenges in mind, BugHerd decided to re-implement their lifecycle emails using a SaaS product, rather than their own. Now using Vero they have the power to make these adjustments quickly and easily.

…but exactly what did the BugHerd guys do?

Show me, show me!

BugHerd have been kind enough to share the basic outline of their welcome email series. They send up to four emails during each customer’s 14 day trial.

They first determined their key activation steps and then shaped a series of emails around each one:

As you can see these emails cover the basic path a new customer will take and are smart enough to ensure they don’t annoy customers that have taken certain actions.

The emails are designed to educate the customer about how to get started with BugHerd: both via installing the widget or using some of BugHerd’s more immediate features.

By tracking customer actions it’s not difficult to setup campaigns like this and tracking the effectiveness of a campaign is relatively easy as BugHerd are already tracking each of the key events in their customers’ lifecycles.

When migrating away from their own tool, BugHerd decided they should test two key things in particular, both of which are reflected in the above series they put together:

When improving your own campaigns it’s also important to get a feel for how you can write good email copy. So you can really get a feel for the sorts of emails BugHerd send, here’s an exact copy of an email BugHerd use to retain users (it’s not part of the welcome series above). It’s a great example of how you can write with a tone that works for your product and brand and still see results. We’re big fans of Alan’s approach here:

We noticed you managed to create quite a few tasks in
BugHerd, but haven’t created any recently.
Just wanted to get in touch and ask if there’s anything I
can do to assist? If you want to send us an email or give
us a call letting us know what’s up. We love hearing from
you!

This particular email is designed to target trial customers that have logged more than 10 tasks but haven’t logged any additional task in the last three business days. The goal of the email is two-fold: to get new customers who show initial signs of activation to log at least 20 tasks, a prime indicator of intent to purchase, and to reach out to users the look like they might be churning. A great way to improve retention.

Every business has a unique activation process so, in order to help YOU come up with your killer activation campaign, here are the top three things BugHerd does well:

This is another great example of a business putting themselves in their customers’ shoes and being really successful in the outcome.

Nothing pisses people off more than telling them to do something they’ve already done. It’s critical to know your users, how and when to speak to them.

BugHerd identified that although they were already doing email remarketing to their customers there was room to improve.

They used a tool that would let them measure the effectiveness of their campaigns and use the resulting data to make educated hypotheses about what might or might not work better.

They tested various campaign ideas to get a final result and have now improved their activation rates by a further 35% thanks to just four emails!

If you can track your customers’ actions on your website then you should review your core activation processes, track what your customers are doing and send smart, perosnalized emails that are extremely relevant to where the person is in your lifecycle.

What you should do next

To get started I’d recommend imitating BugHerd’s process for tackling the welcome series:

So – what are you waiting for? Get started now.

Already had success with an activation series? Let us know in the comments -what did you do differently to BugHerd? How to Use Social Proof in Email Marketing

“Billions and billions served.” It may be the canonical example of social proof. We’ve all seen it and most of us are among the billions Segmentation in email marketing leads to higher open and click rates, fewer unsubscribes and, in general, a better experience for your customers. But most marketers There are about six million articles on the Internet that offer email marketing tips. Most aren’t very good. Read a few of them and you’ll 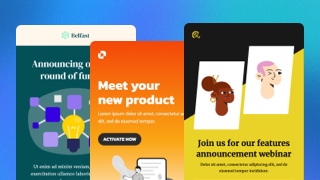